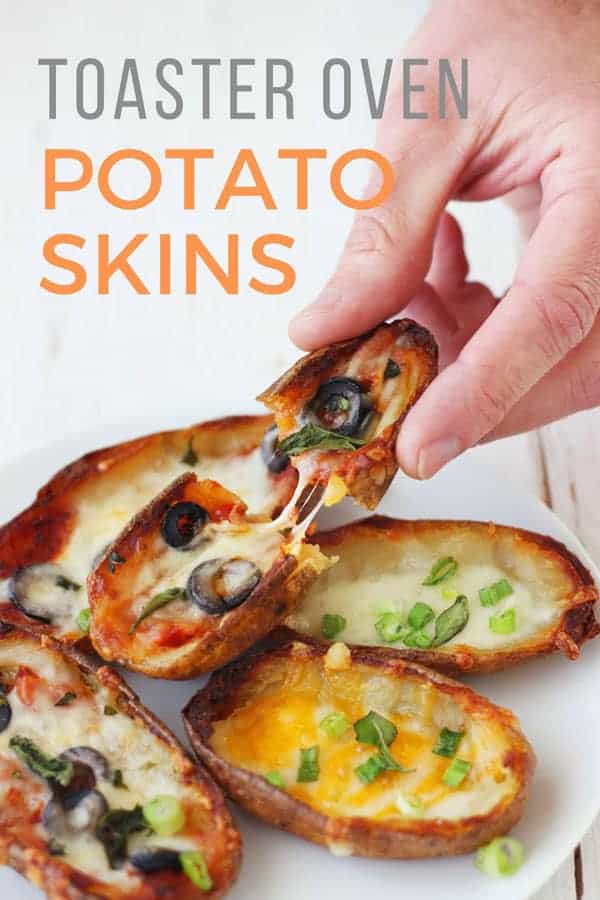 Gooey cheese. Endless ideas for topping. It’s no wonder these toaster oven potato skins are a favorite in our house year-round.

Like a batch of sweet potato nachos or buffalo broccoli and cauliflower bites, they’re great for entertaining a small group and easy to throw together.

The only drawback is that the potatoes do take a while to bake. 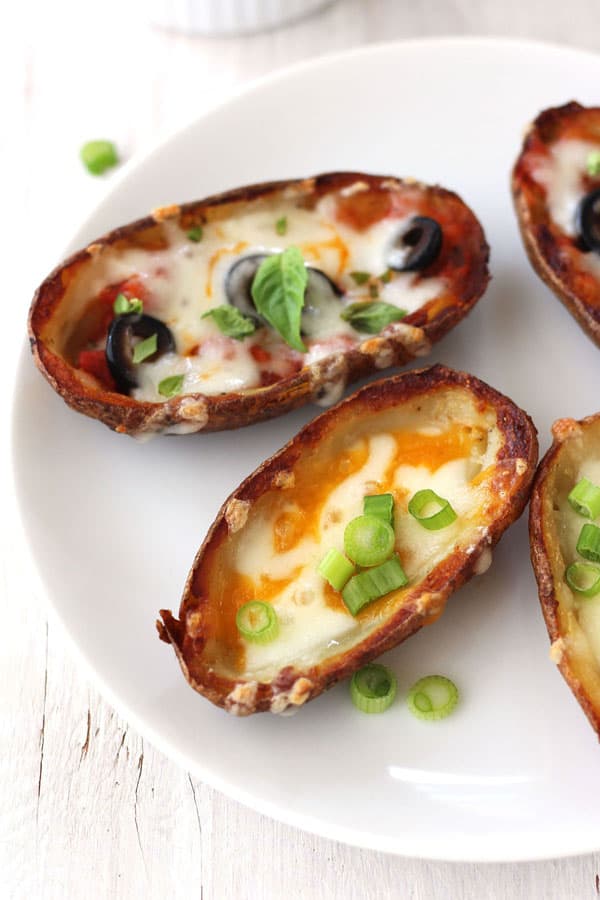 If you’re in a hurry, you can use the microwave to speed things up. I do it when we’re short on time or feeling especially hangry.

But right now, my absolute favorite SHORT CUT for making great tasting potato skins is starting with a batch of Quick Baked Potatoes, they take half the time of traditional baked potatoes!

Why make potato skins in the toaster oven?

Reason #1: The scooped out potato flesh will taste soooo much better.

Being a child of the 80’s I’ve eaten more than my share of potato skins but never gave much thought to the “potato insides” until we started making them at home.

Got a little milk and butter? The scooped out flesh from the toaster oven potatoes makes a delicious and creamy batch of mashed potatoes for two. The microwaved stuff…not so much. 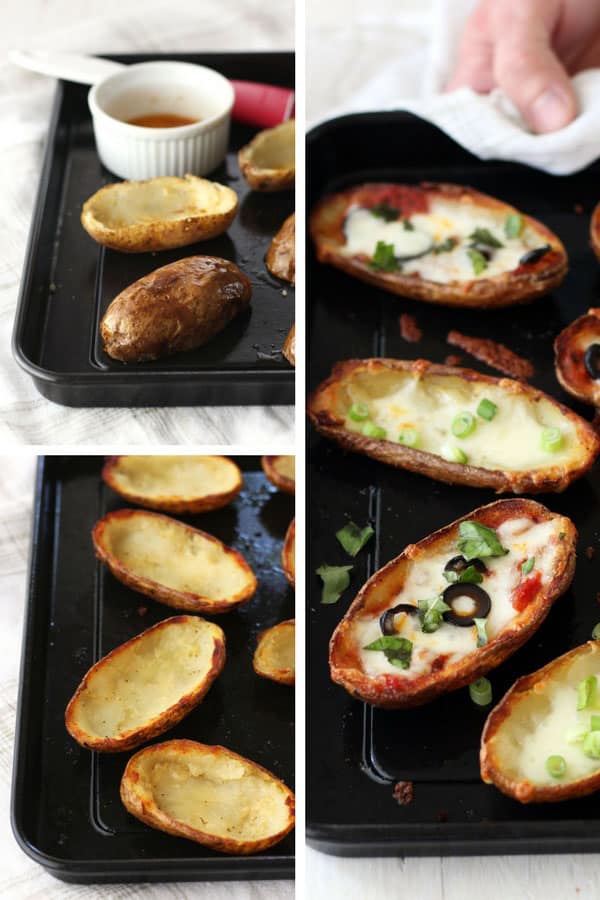 Reason #2: The skins will be crispier.

Baking your oil rubbed potatoes in the toaster oven gives their skins a crispy headstart.

To get those potato skins EXTRA CRISPY scoop them out and brush each side with seasoned oil (or melted butter if you please). Then turn up the heat on your toaster oven and send them back in!

Once your skins are golden and crispy, it’s all about the cheese. We like to use a mix of mozzarella (it’s so melty!) and sharp cheddar cheese but pepper jack or a white cheddar tastes great too. 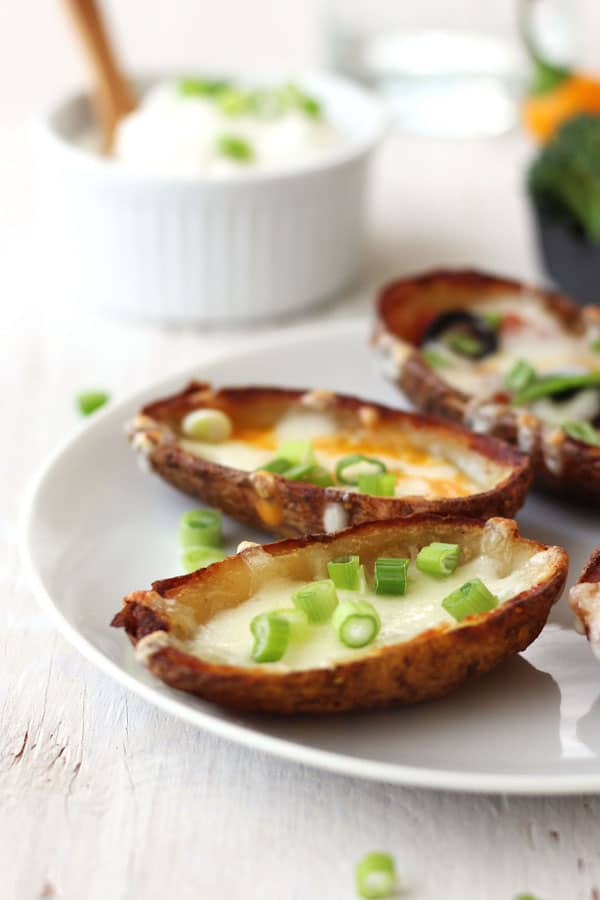 When it comes to toppings, I love a dollop of tangy Greek yogurt and sliced green onions. If bacon’s more your thing, go for it and DO YOU.

Any way you top them (pizza style is pretty awesome) I hope these toaster oven potato skins are a hit in your house too.

We’re a veggie-lovin’ couple, toaster oven fanatics, and we want to HELP YOU cook wholesome meals for yourself (+ your someone else).  Learn More…

Disclaimer: The contents, opinions, and comments published on Toaster Oven Love are for entertainment, informational and promotional purposes only. It is your responsibility to evaluate the accuracy, timeliness, completeness, safety, or usefulness of the information before use.