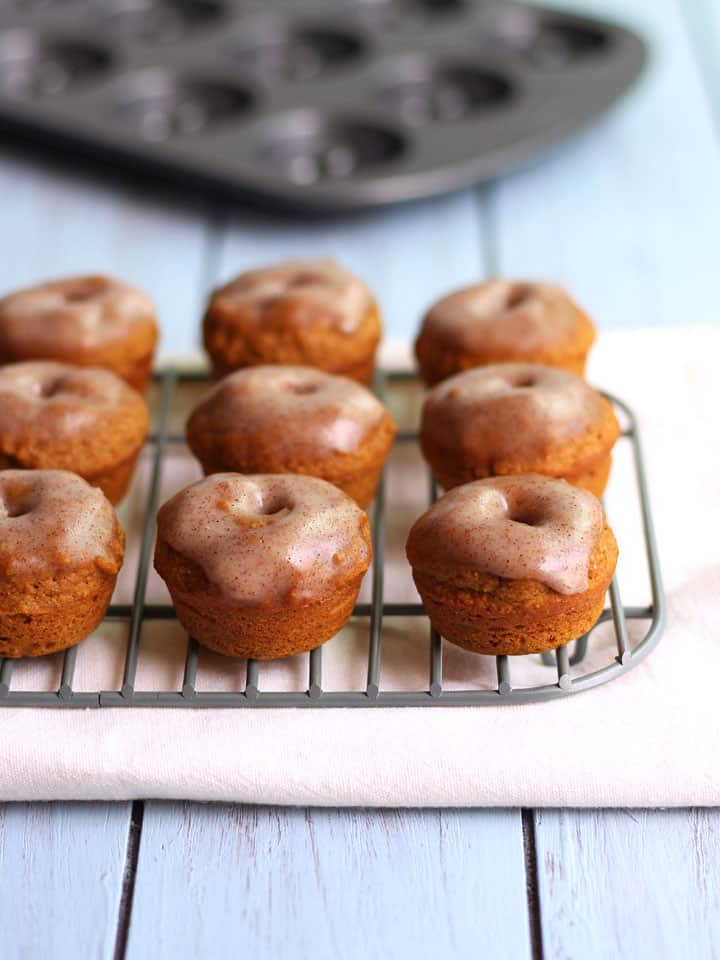 How did I end up with so many cans of pumpkin, in July no less? They’re remnants of last year’s good intentions.

Each November I plot out Big Holiday Baking Plans. Cooking magazines with hundreds of dog-eared recipes piled high and a well-stocked pantry.  BUT four or five recipes later cookie fatigue sets in.

By mid-December, I don’t want to bake another thing. You know what I’m talking about.

No need to beat ourselves up, though.  Especially when we can easily turn that pumpkin surplus into a batch of yummy Cinnamon Glazed Whole Wheat Mini Pumpkin Donuts. 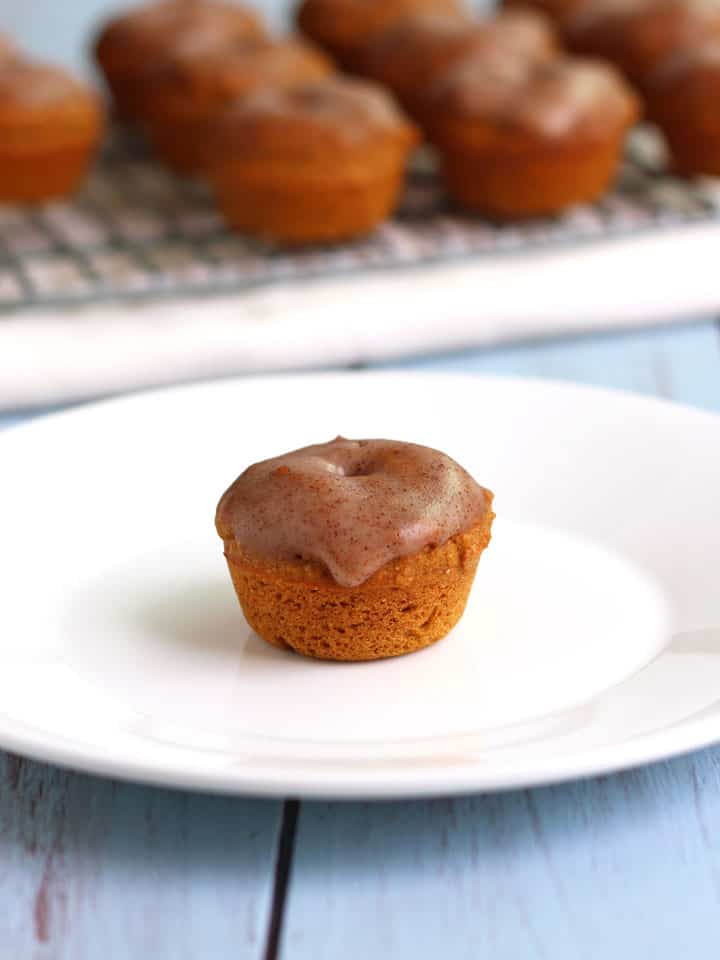 The recipe needs only one bowl and less than 25 minutes. You can use a mini donut pan but a mini muffin pan works well too.

These donuts are a sweet treat for sure. But the recipe does feature a blend of wholesome ingredients including white whole wheat flour and coconut oil.

About the glaze…the smooth creamy glaze! It’s made with rich coconut butter (not coconut oil), a bit of maple syrup, almond milk and cinnamon.

I know we’re talking about baked donuts. But if you want to taste the world’s best cinnamon toast just spread a little of that glaze on a slice of whole grain bread and pop it in your toaster oven.

Coconut Butter Cinnamon Toast needs to be in your life. 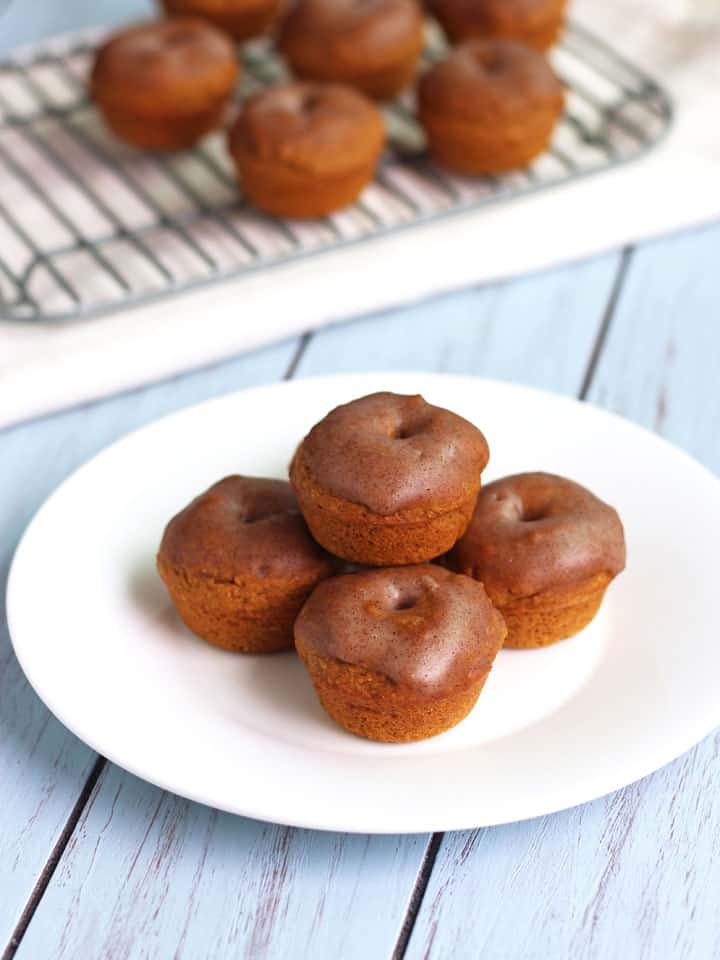 As you dig into your freshly baked whole wheat mini pumpkin donuts give yourself a little pat on the back.

You were smart to buy so much canned pumpkin. Brilliant even.

3 More Tasty Ways to Use Up Extra Pumpkin

The glaze takes about 30 minutes to set and will darken in color.

Did you make this recipe?

We love creating veggie-forward recipes and want to HELP YOU cook wholesome meals for yourself (+ your someone else).  Learn More…