How to Toast Coconut in your Toaster Oven is your ultimate guide for toasting any kind of dried coconut using a toaster oven.  Flaked, shredded or chips, we’ve got you covered! 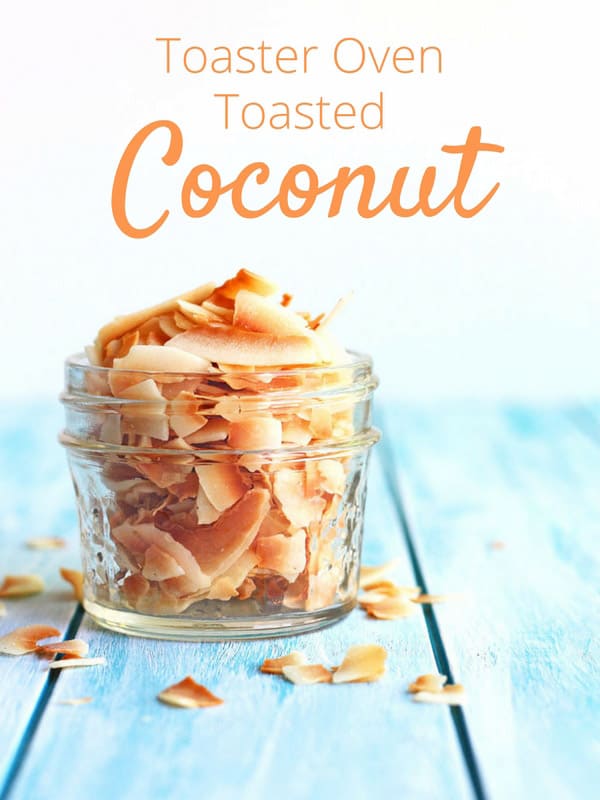 (As an Amazon Associate we may receive a commission for purchases made using the links on this page.)

A sprinkle of golden toasted coconut is the perfect finishing touch for any dish, sweet or savory.

And just like making baked egg tostadas, using your toaster oven to toast dried, desiccated or dehydrated coconut gets the job done soooo much faster than a large oven!

But what’s the best way to toast coconut in your toaster oven?

To find out we toasted 4 types of dried coconut in 2 toaster ovens. The results were surprising:

{Related: Is Your Toaster Oven Lying About Its Temperature?} 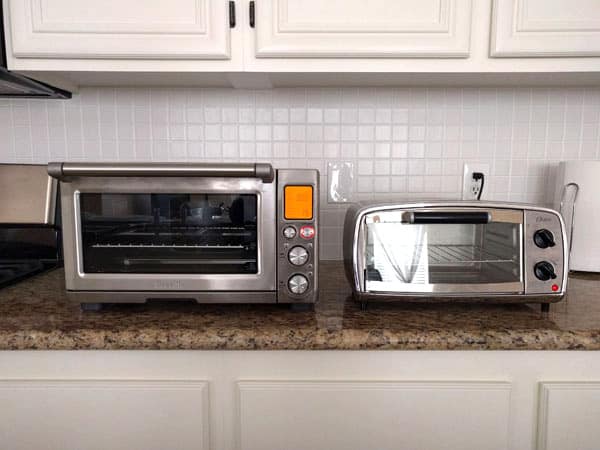 We tried the recipe below using two toaster ovens, the Breville Smart Oven Pro (BOV845BSS) and our little Oster TSSTTVVGS1.

A Note About Types Of Coconut

All of the shredded coconut we tried was dried (also called desiccated).

Looking at the different packaging we noticed that there is no standard for the use of words like flaked, flake, shredded and chips for describing the coconut. Super helpful, right? 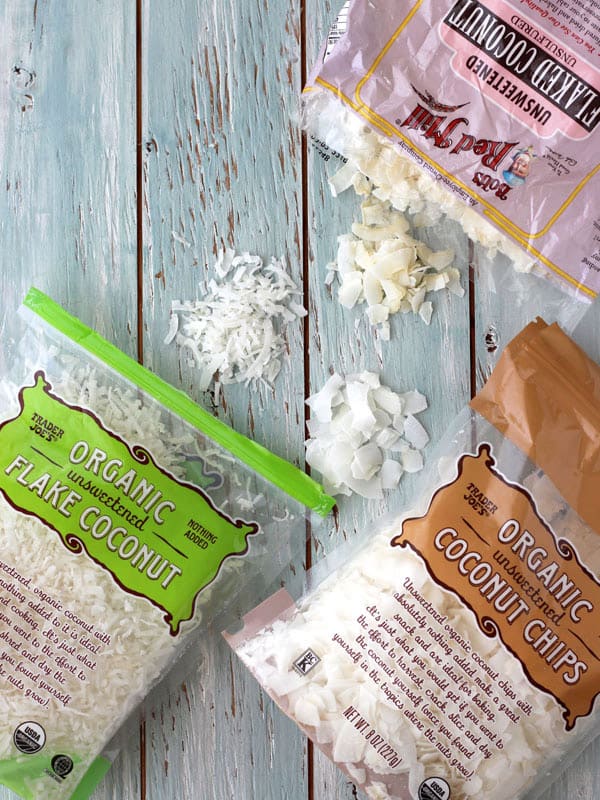 To eliminate confusion we’re going with the following:

Unsweetened Shredded- We get ours unsweetened from the bulk bins at the grocery store, it’s from Bob’s Red Mill. Let’s Do Organic has a similar Fine Shred Coconut too.

Unsweetened Flaked – At least that’s what Trader Joe’s calls it.

Unsweetened Chips – The “chips” from Trader Joe’s also happen to be the same size as Bob’s Red Mill’s flaked coconut and the coconut flakes from Let’s Do Organic. All of them will work for the “Chips” time and temperature. 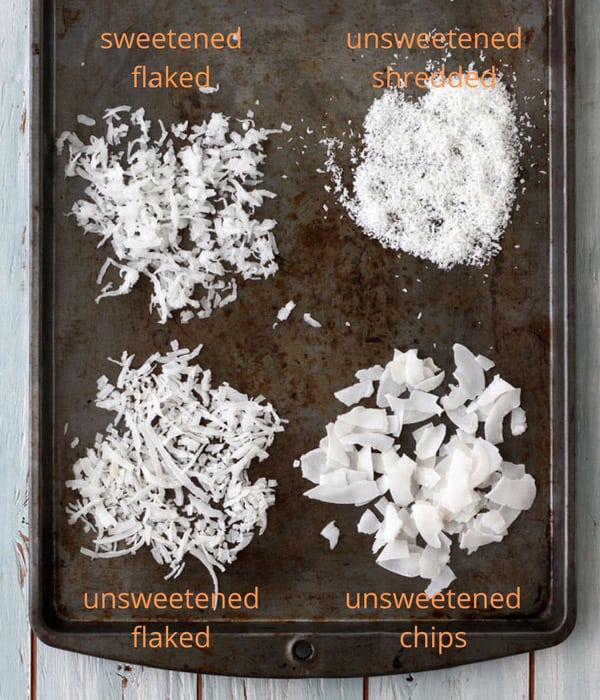 HOW TO TOAST COCONUT IN YOUR TOASTER OVEN 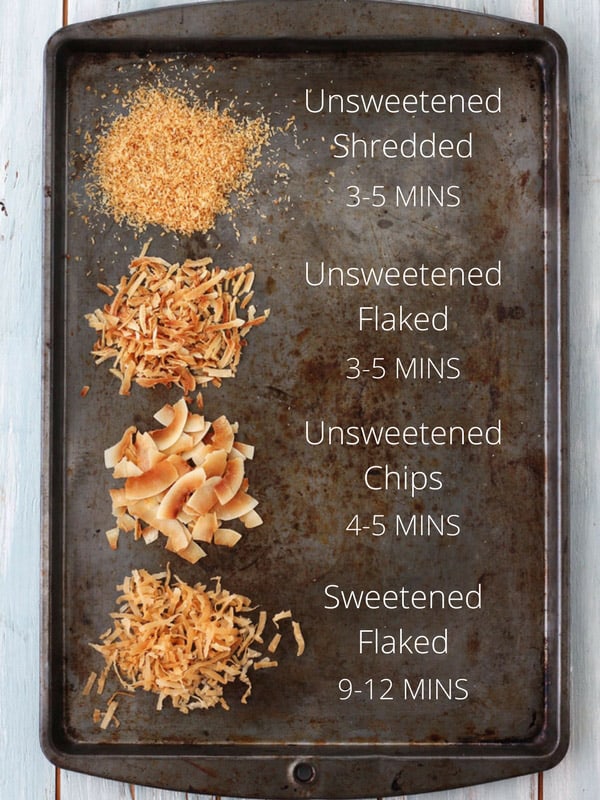 To Stir or Not To Stir…

Because unsweetened coconut is dry, not sticky, the little shreds won’t stick to each other…unless you stir them on top of each other when warm.

If you spread them in a single even layer instead, each shred will get perfectly toasted without any stirring.

The Exception: If your toaster oven has hot spots (areas that are much warmer than others) stirring may be your better option for evenly toasted coconut. 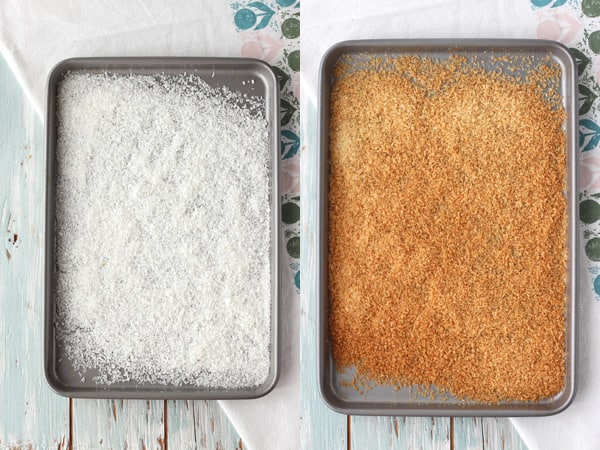 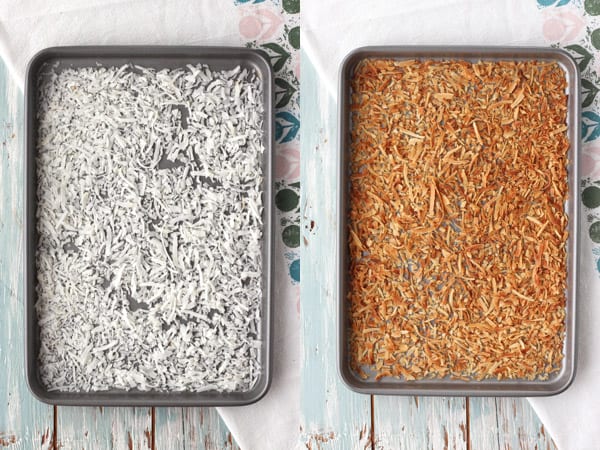 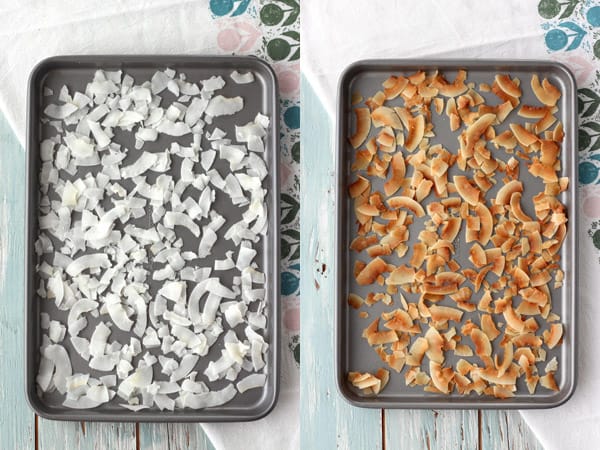 Why a toaster oven is not the best way to toast sweetened coconut:

Instead, we like to toast sweetened coconut on the stovetop. You can find great directions for stovetop toasting here, and here.

It may not be the most efficient way but you can toast sweetened coconut in your toaster oven. 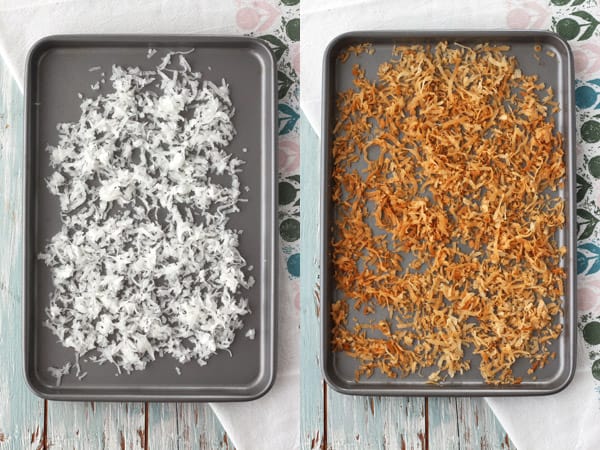 Always remove a pan from your toaster oven when stirring so you don’t:

{Related: 4 Surprising Things I’ll Never Use In Our Toaster Oven}

What If I Use A Darker Pan? 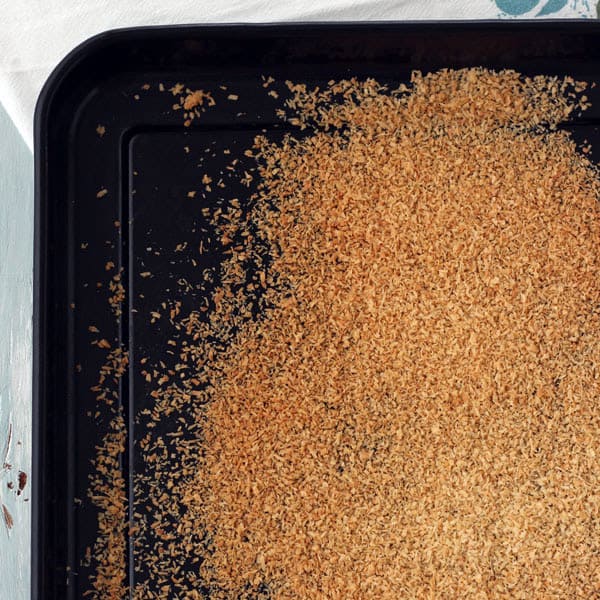 You can use the same timing as above, we used the black baking/roasting pan that came with our Breville Smart Oven Pro to toast shredded coconut and it took the same time as the lighter pan.

Can I Use A Deeper Pan? 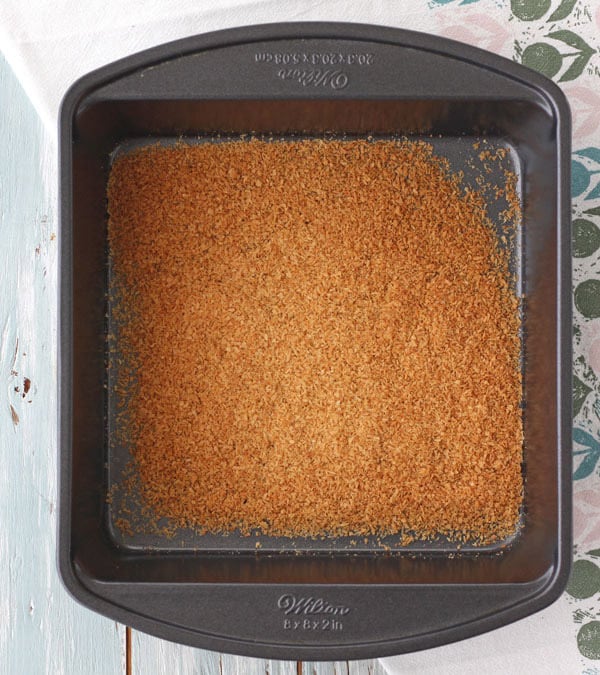 Absolutely, use any pan that’s available. We tried toasting shredded coconut with our 8-Inch Wilton baking pan and it took the same time as the shallower baking sheet.

The #1 Tip For Toasting Coconut

Give it your FULL attention.

Toasted coconut goes from beautifully browned to burnt in a split second. Regardless of the suggested cooking times above, remove your coconut from the toaster oven as soon as it’s golden. 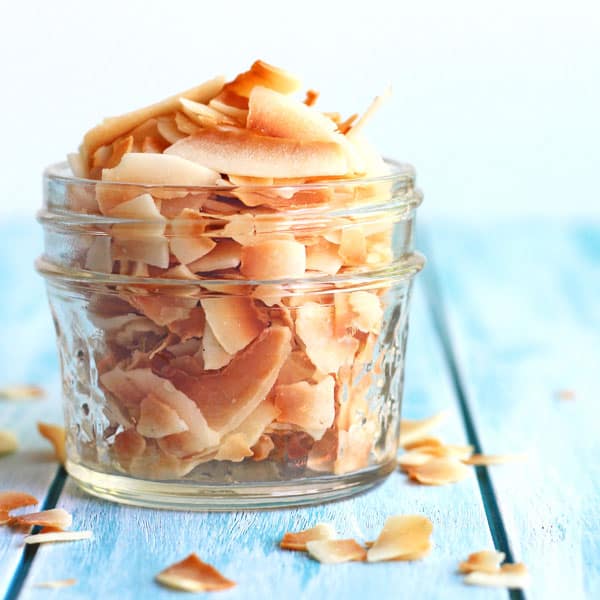 {Related: 5 Tips That Will Make You A Toaster Oven Cookie Baking Expert}

You don’t have to get every last piece perfectly toasted!

Because the pieces are naturally of varying sizes (especially the chips) the smaller ones will get burned if you try to completely toast all of the larger pieces.

Settle for good enough so you can get to adding your yummy toasted coconut to all sorts of treats like an easy flatbread fruit pizza or a batch of pineapple coconut twice-baked sweet potatoes.

Use the baking time that corresponds to your type of coconut:

Regardless of suggested bake times, begin checking early and remove your toasted coconut as soon as it’s golden.

How To Store Toasted Coconut:

Store leftover toasted coconut for up to 4 days in an airtight container in a cool dry place like your pantry or cupboard.

You can refrigerate or freeze the toasted coconut but it will become chewy. If frozen, thaw coconut at room temp and toast for a few minutes at 300ºF to restore crispness.

Nutritional Information is an estimate for 2 tablespoons of unsweetened toasted coconut.